7inchWave consists of 3 human entities whose mission is to spread the robotic word of music through all space and time.

What People Are Saying

When a band consists of members named Danomatick, Grantbotnik, and Karltron 2000, packages their CD in a 5 1/2" floppy disc and includes an insert that emulates the look and feel of a circa 1983 ribbon based printer, well, you think you know what to expect, but Iowa's 7 Inch Wave truly surprised me. The band mixes a ton of older musical elements such as reverb drenched surf-esque guitars (very akin to the sound of guitars on old Smiths records) with rhythm sections that, though the percussion is produced electronically, is eerily reminiscent of early Talking Heads albums, and the similarities in vocal range to Interpol and Kaiser Chiefs will unfortunately overshadow the fact the Danomatika and Grantbotnik sound spot on to David Byrne and Gary Numan.

See other reviews & interviews in the 7inchWave press kit

EP, demos, live recordings and shows all on the 7inchWave BandCamp 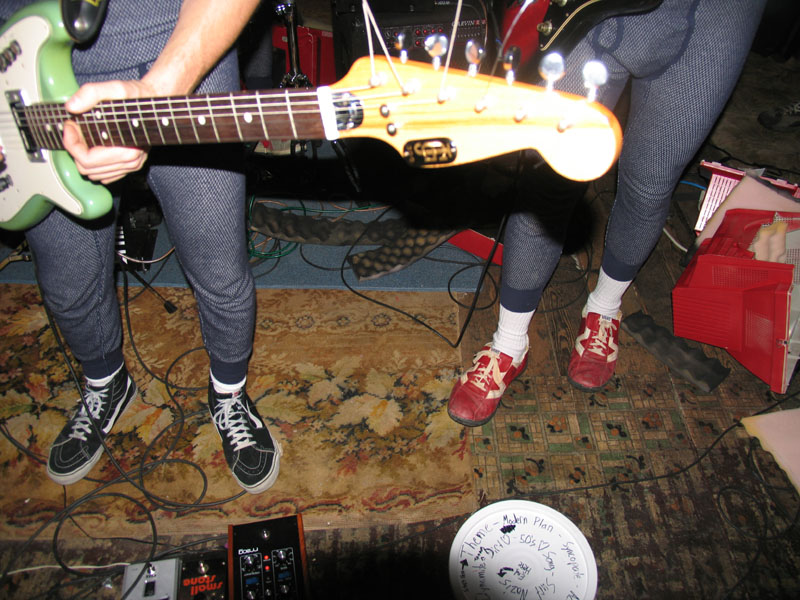 Summer show on July 8 2005 @ The Playground in Des Moines, IA. Taped up with neon in a too-small room with a too-large UV light cannon. Video by Aaron Hefley of BiFi Records.

7inchWave was an indiesurfdance trio consisting of guitar, bass, and electronic drums producing music strongly influenced by their roots in surf, electronic, dance, pop, and rock. Since the summer of 2004, 7inchWave played the Central Iowa scene, getting a positive response from a growing fan base. In May of 2005, the band toured the East Coast, Midwest, and South to very enthusiastic responses from both audiences and promoters. They have shared the stage with Hella, United States of Electronica, Red Elvises, The Plastic Constellations, Troubled Hubble, Chromelodeon, The Sun, Rolling Blackouts, Ad Astra Per Aspera, We are Wolves, J-Zone, and Oh My God. The bands debut release, the "Load 'Love Emulator', 8, 1" EP, was self released in May 2005. Known for their animated live performances and outfits, 7inchWave moved the feet of anyone with an open mind.

Members Danomatika, Grantbonik, and Karltron 2000 played together between the fall of 2003 until Aug 2005 and were influenced by the likes of DEVO, The Pixies, Talking Heads, A Flock Seagulls, Gary Numan, Pavement, David Bowie, The Beatles, and 80's electronica.

See the complete show list in the press kit