A machine stands in a room surrounded by balloons. Circulating fans blow the balloons over the machine which creates sound based on their movements.

Balloon height and x/y position control the pitch and panning of a treble and bass voice. The tones can be quantized into a certain key or a glissando can be employed for a theremin-style effect.

The playback speed of Nena’s 99 Luftballons is controlled by balloon height. The balloons must be kept in the air for the song to play. Feed the machine. 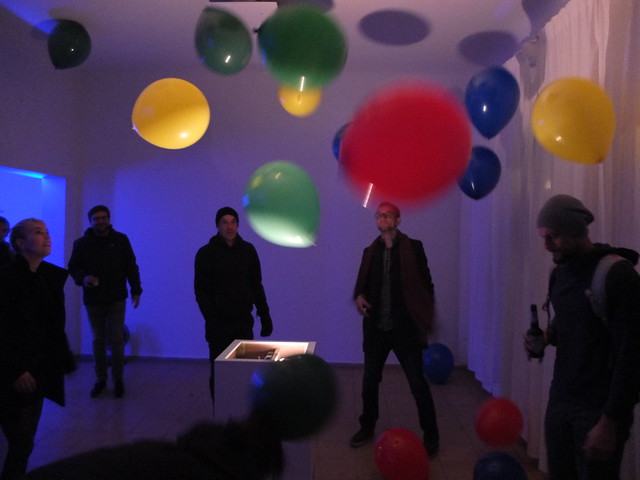 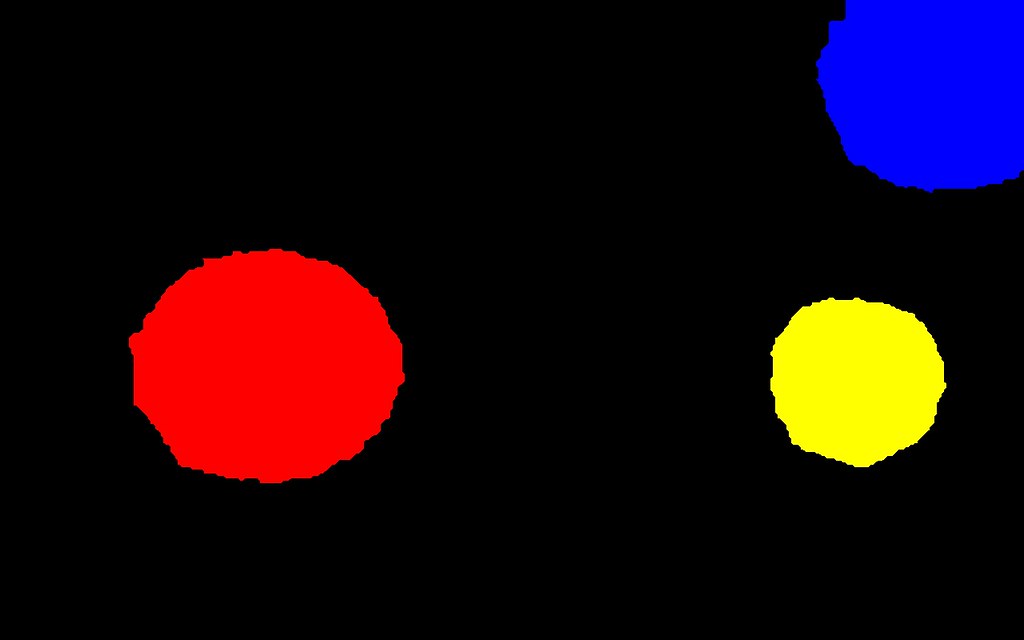 Enthusastic children are hard on balloons, so there had better be plenty!

Popping Balloons: The space was very dry and dusty. As a result, many balloons popped involuntarily. This was an unintended feature which kept visitors on their toes.

Large Space: The next version of this installation will be made in a smaller space with more balloons...